Your Rights In A Minnesota Dog Bite Case 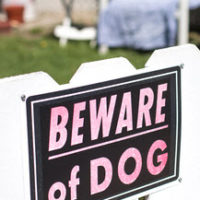 As outlined below, Minnesota dog bite victims have perhaps more rights than any other victims in the country. In the old days, individuals could not successfully sue animal owners in these situations unless the dog displayed dangerous propensities. That doctrine was commonly known as the “one bite rule.”

But Minnesota lawmakers have swept away every part of this outdated doctrine. They rightly recognize that some animals are simply too dangerous to be around humans. The state’s dog bite statute flatly states that, in the event of an unprovoked attack, the owner is strictly liable for all damages sustained.

Interpretation and Application of the Minnesota Dog Bite Law

The law defines “owner” very broadly. Custodians, like veterinarians or dog walkers, are also strictly liable under the law. The law also defines “injury” very broadly. In addition to the bite itself, the owner is responsible for injuries due to the knockdown. In many cases, these injuries can exceed the bite injuries. This liability also extends to noneconomic damages, such as pain and suffering, loss of enjoyment in life, and emotional distress.

Minnesota courts apply the law extremely broadly. In Lewellin v. Huber, the court stressed that liability is always “absolute” in these cases. “It makes no difference that the dog owner may have used reasonable care; negligence is beside the point. Past good behavior of the dog is irrelevant. Neither the common law affirmative defenses nor statutory comparative fault is available to the defendant dog owner,” the court added.

Other Available Theories in Minneapolis

Sometimes, a non-owner is responsible for dog bite damages. Assume that a day-care teacher allows the children to play with a pit bull and the animal injures a child. The dog bite statute does not apply since the school is not the owner.

However, the victim may still be able to recover in a negligence action. Essentially, negligence is a lack of ordinary care. The day-care teacher in this example certainly violated this standard of care. Since negligence is a common law remedy in this context, the victim/plaintiff must also deal with the aforementioned one bite rule. In addition to a lack of care, the tortfeasor (negligent actor) must have known that the animal was vicious. Knowledge that pit bulls, in general, are dangerous is insufficient.

Some Possible Defenses in Minnesota

Provocation is the only listed defense in the Minnesota dog bite law, and its application is very fact specific. Mere teasing is usually not provocation, causing injury to the animal is almost always provocation, and everything else is somewhere in between. Some factors to consider include:

The tortfeasor must normally establish provocation by a preponderance of the evidence (more likely than not).

Assumption of the risk may be a defense in some contexts as well. For this rule to apply, the victim must voluntarily assume a known risk. Some Minneapolis courts have applied this doctrine if the victim was a dog walker, dog groomer, animal sitter, or other paid custodian.

Reach Out to an Aggressive Attorney

Dog bites often cause serious injuries. For a free consultation with an experienced personal injury lawyer in Minnesota, contact the Gunther Law Office. An attorney can connect victims with doctors, even if they have no insurance or money.