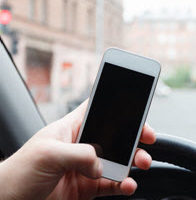 The last time the Minnesota Senate considered a tougher distracted driving law, a few key lawmakers killed it. But this time, a similar provision may have smooth sailing to the governor’s desk.

The Senate Transportation Committee recently approved the so-called “Hands-Free Bill” on a voice vote. If the bill clears the Senate Finance Committee, the full Senate could vote within a matter of weeks. The bill’s sponsor, Sen. Jim Carlson (D-Eagan), called the provision “a safety concern.” A parallel bill, which Minnesota Gov. Mark Dayton has endorsed, is advancing in the House of Representatives.

Senators who expressed concerns over privacy and police overreach may have been swayed by emotional testimony from Karin Ilg. In 2017, a distracted driver struck and killed her husband as he rode his bicycle along Highway 25 near Belle Plaine. According to prosecutors, the driver who hit him was using Snapchat in the moments before the fatal crash.

“I think we do need stronger penalties for those people who still consciously decide to pick up phone while driving and seriously hurt someone because of it, or worse, kill someone,” Ms. Ilg said.

The Problem of Distracted Driving in Minneapolis

About 95 percent of Americans own a cell phone. According to surveys, almost all these people agree that using a cell phone while driving is dangerous. But in many of these same surveys, these same individuals admit to such behavior. Many admit that they use their phones while driving on a regular basis.

Ironically, there is evidence that hands-free cell phones are more dangerous than hand-held phones. Hands-free phones do not eliminate cognitive or visual distraction. Additionally, they give many drivers a false sense of security. So, they may take more chances while they are behind the wheel.

Another irony is that some versions of the proposed hands-free bill may not apply to acts like the one that killed Mr. Ilg. Some versions of this bill only apply to talking and texting. So, a wide range of behaviors, including Snapchatting, may remain legal in Minnesota. If a safety law does not apply, victim/plaintiffs must establish all five elements of a negligence case, which are:

In most cases, victim/plaintiffs must establish each element by a preponderance of the evidence (more likely than not).

Count On an Experienced Attorney

Distracted drivers often cause serious injuries. For a free consultation with an experienced personal injury lawyer in Minnesota, contact the Gunther Law Office. An attorney can connect victims with well-qualified doctors, even if they have no insurance and no money.